Casey is a cartoonist, printmaker, and illustrator. He was classically trained and raised on a steady diet of the Muppets, Schultz’s Peanuts, and Kung Fu movies. A rebellious streak and a quick quirky humour underpin his artwork and its focus on pop-culture iconography. Casey derives much of his inspiration from his father’s lauded military service and from the war imagery of vintage comics. He lives and works in the state of Michigan, ‘America’s High Five’. For this Ithys letterpress first edition, Casey’s specially commissioned, original pen and ink hand-drawings were made into clichés typographiques and printed on a rare American-built Vandercook SP 33 proofing press. 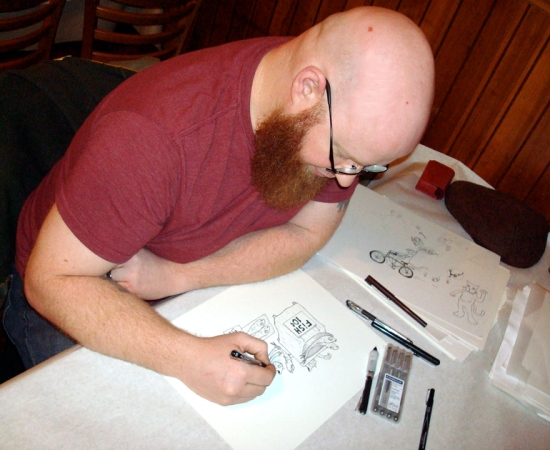 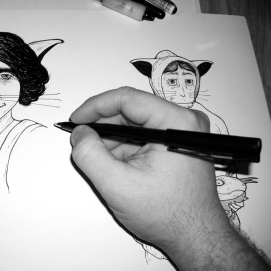 Drafting in pen and ink